We are an award-winning packaging design firm (if you can’t tell, we like, really, really like packaging!) and we’ve been lucky enough to work with some of the world’s top brands. That allows us to take our experience from working with those major brands and bring that knowledge directly to you! Good packaging design is crucial, especially for brands with a shelf presence at some of the top retailers. Your package is competing with a whole shelf of other products, and in order to increase your profits, you need to catch the shopper’s eye immediately. In fact, 70% of consumers form their impression of a brand based solely on packaging, and 52% say that they are willing to pay a little extra for products if they like the packaging. Your competition is investing in their packaging – don’t miss out on the opportunity for increased profits by having high-end package design! 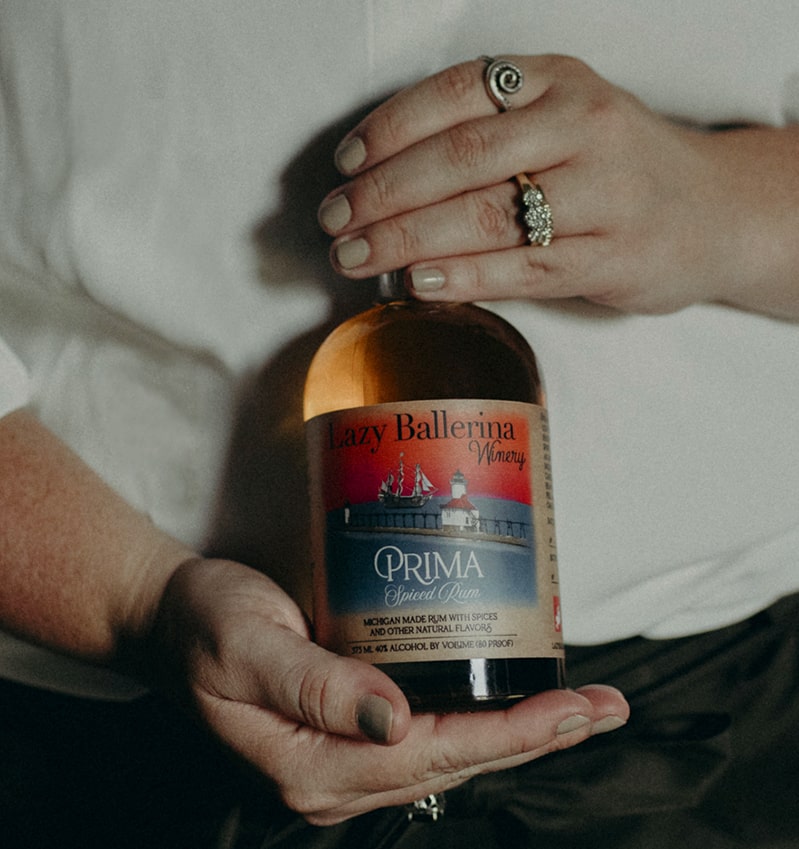 In 2021, Lazy Ballerina Winery (St. Joseph, Mich.) released their first spirit: Prima Spiced Rum. The name Prima has many meanings – it is Spanish for “cousin”, and Lazy Ballerina is owned by two cousins. Prima also means “first”, and this is the first spirit the winery has released. Finally, a Prima Ballerina is the chief female dancer in a ballet company. The label highlights the local pier and lighthouse, which is iconic for the area–as are the Southwest Michigan sunsets, also highlighted on the bottle. We added a fantastical pirate ship in the background, helping us create the story of the Prima Spiced Rum. Did you know that Lake Michigan was home to many pirates back in the day? While Timber Pirates, as they were called, weren’t known for their love of rum (unlike their Caribbean brothers) it was still a fun and adventurous story to craft!

Award-winning Space Saver Beverages is a 5 gallon bag in box juice line (you typically see the smaller format for boxed wine). Millennial Moms are the target audience, for the preservative-free, easy-to-use aspect. The design needed to be clean, clear and obvious. Space Saver Beverages has been on the shelves of Gordon’s Food Service, perfect for catering, large parties and big families! Space Saver was named one of the Best Beverage Package of 2013 by Beverage Industry Magazine!

*project completed for Trungale, Egan and Associates with their permission, prior to joining The Adventure Agency 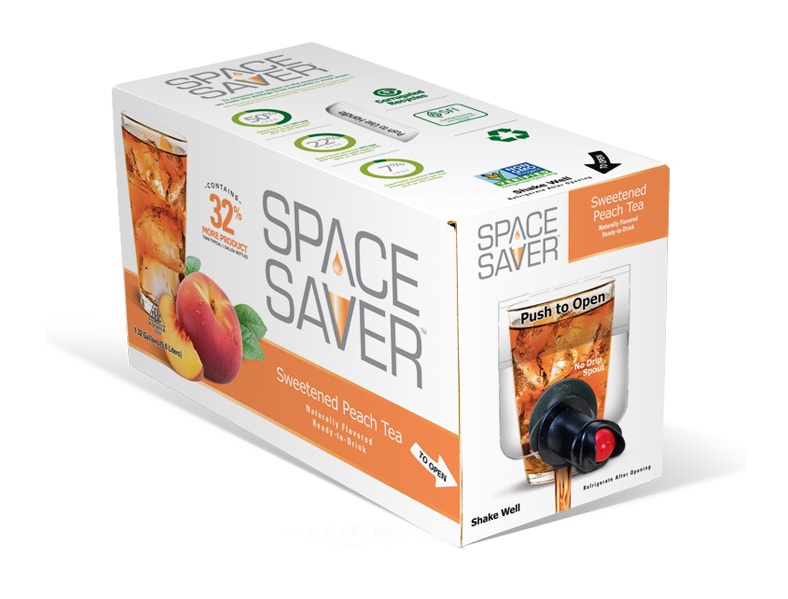 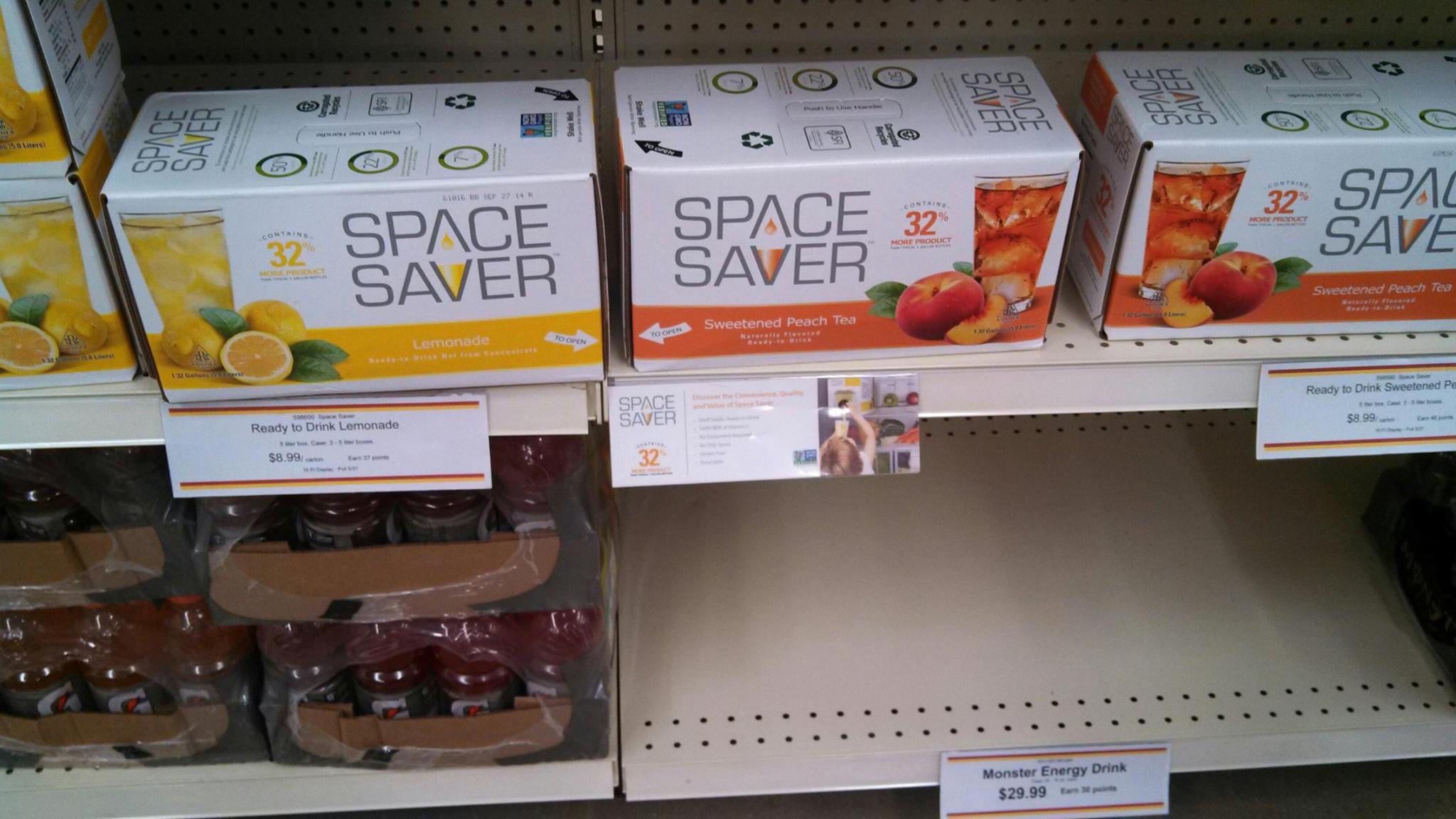 Brands we have worked with 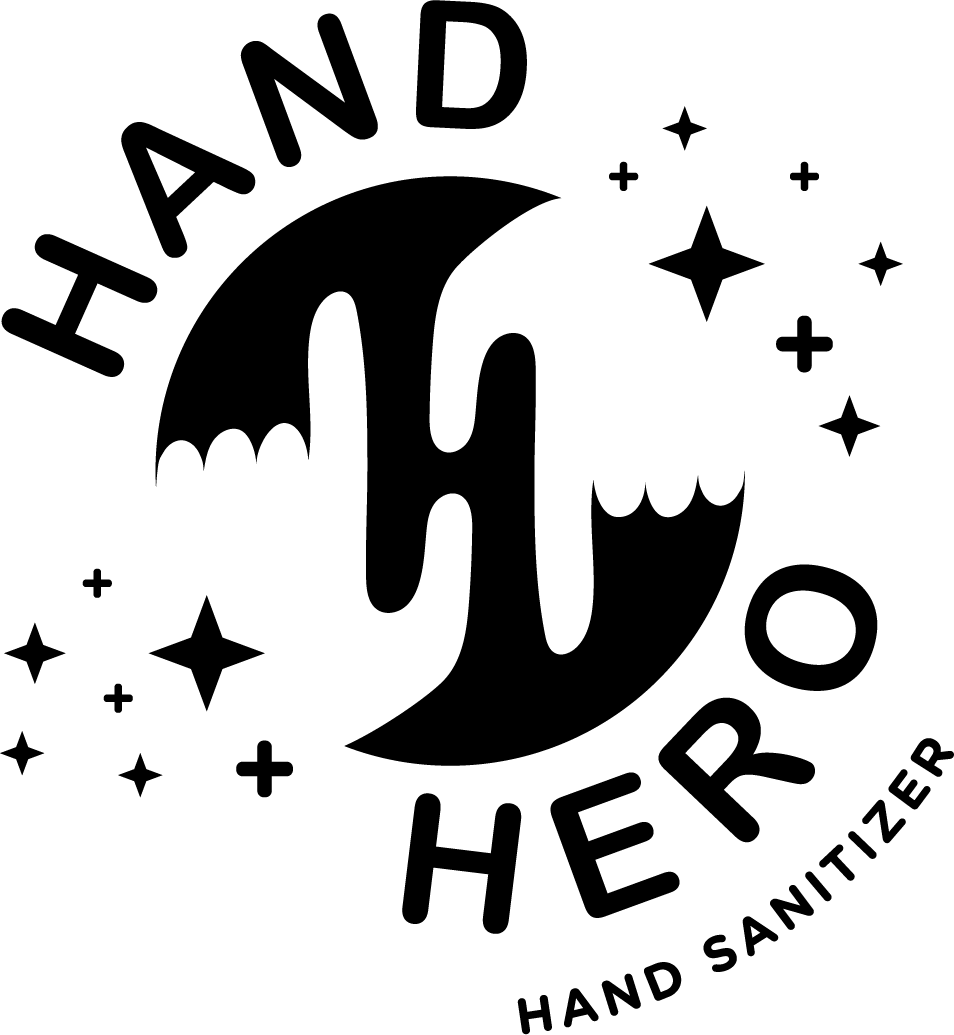